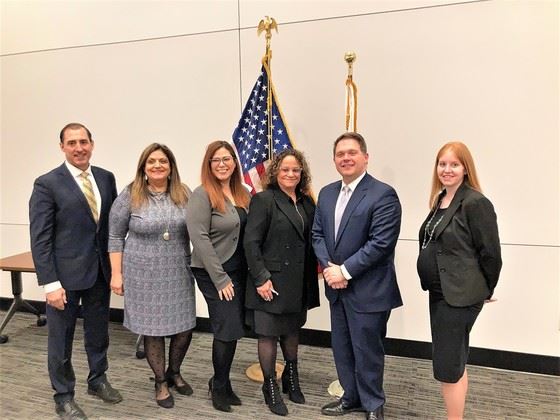 Lake County is the second county in Illinois to secure this extremely competitive grant from the Office for Victims of Crime, a division of the Department of Justice. The Lake County State’s Attorney’s Office and A Safe Place were one of only six applicants that received this grant in fiscal year 2021, called the Enhanced Collaborative Model Task Force to Combat Human Trafficking.

Because of this Task Force, traffickers who would threaten, exploit, and abuse others for their own profit will be caught and brought to justice.

Only 34 human trafficking-related prosecutions were brought in the county from 2010 to 2020 - often due to survivors being too isolated or too scared to cooperate with law enforcement. We cannot reach the courtroom without survivors' stories coming to light, and this Task Force makes those connections with victims, and when they come forward, every resource available will be used to bring these traffickers to justice.